On Thursday, the Wildcats Girls Soccer team defeated Harpeth High School to win the District 9A Championship. The Wildcats struck early in the 1st half on a Carys Correnti goal to go up 1-0. The rest of the first half, it was a back and forth battle on defense between the two teams. Late in

Early in the game, Overton caught Valor off guard and scored a quick goal, which put the Wildcats in a hole that was too hard to battle back from. The Wildcats would battle back in the second half, with Karla Montiel creating an attack from the center midfield. resulting in three breakaways, but unfortunately they

Lipscomb Academy won 7-2. The Bison came out early and scored 4 unanswered goals, but Valor fought back to score 2 goals in the second half. The second half was 3-2 advantage Bison, but a much more even half. Valor played game on just one day of contact practice after no contact since July. The 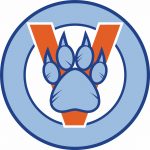 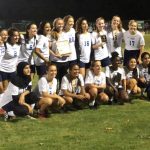 The Valor Girls soccer program has joined the Varsity competition with force in their first year competing with just freshman and sophomores. They finished regular season play tied for 2n place in district and then in the district tournament beat Waverly 3-2 in a double overtime battle. They would then fall short in the district 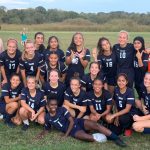 The High School girls soccer team won their Orange Out matchup against KIPP 9-0. The Wildcats executed from start to finish in their most dominant win of the season. Player of the Game, Cora Funk said that her team has played well this year and really executed defensively and she looks forward to competing in 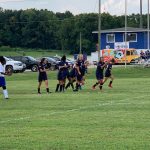 The Lady Wildcats opened the season in stellar fashion winning over Hunters Lane 2-1. The Wildcats started the game down 1-0 before a goal by 9th Grader Kiana Salazar, assisted by Cora Funk tied the game 1-1. Then later in the second half 9th grader Ava Barlow curved a miraculus shot in for a goal